“After careful evaluation, we decided on Softil’s BEEHD technology for our new rail communications systems because of the firm’s proven track record in advanced high-speed rail networks,” says SungSuk Lee, Daeyoun’s CEO.  “With BEEHD onboard, Daeyoun’s  new MCC systems will ensure richer communications in a more effective and secure manner both for day-to-day operations and during emergencies.”

“Like so many public service industries, the transportation sector is going through a period of seismic  technology change as it harnesses all the benefits of mission-critical communication tools and technologies,” adds Pierre Hagendorf, Softil’s CEO. “This business development with Daeyoun well-reflects this change and extends Softil’s footprint in South Korea’s rapidly evolving transportation network.” 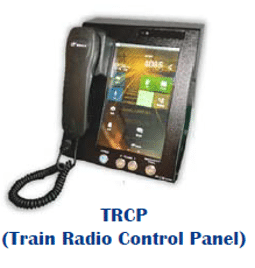 Daeyoun will use Softil’s BEEHD  client framework to develop the new DY.LTE-R700 terminals. The new smart terminals will be key to improving day-to-day Seoul metro operations. The added capabilities of MCC over LTE and 5G will also prove priceless in case of emergencies enabling features such as push to talk speech, video, and mapping to increase efficiency, accuracy and speed of response.

With the move to deploy MCC over LTE and 5G communications for railroads and first responder operations such as police, medical and fire services, day-to-day and emergency operations of all the different agencies involved using the same technology connected over the same network will become better coordinated and more efficient.

Softil is a leader in Mission Critical Communication over LTE solutions for developers. Historically, Softil always focused on the full embrace of open communication standards – starting from close participation in the work of the appropriate SDOs, then developing best-of-breed APIs and implementation of the relevant standards, and most importantly, paying utmost attention to the interoperability of the offered solution by active participation and leading all relevant industry-wide interoperability testing events.

Softil actively participates in development of the Mission Critical Communication standards in 3GPP, as well as interoperability testing at the ETSI Plugtest Events. Most importantly, Softil 3GPP Release 13-15 compliant client SDK implementation had been already commercially deployed on the market – in Korea, Softil powers latest and greatest implementation of the MCC over LTE-R communication devices installed on the newest high-speed train line, such as one connecting Incheon airport to PyongChang during the Olympic games.

Softil’s is today’s de-facto IP communications leader and enabler for more than 800 corporations across the globe. Its technological achievements include the pioneering of Voice and Video over IP with a wide range of embedded technologies and testing solutions, combining our unique expertise in standards-based signalling, multimedia and IMS. Softil’s award-winning suite of Protocol Stacks, including IMS, Diameter, SIP and H.323, as well as its state-of-the-art BEEHD client framework, provide the core technology behind the rich media applications and products of today’s Enterprise, IMS/VoLTE, and Mission Critical communications industry, greatly simplifies their development, and ensures earliest time-to-market. For further information, visit https://www.softil.com.

Submit a request for information.